The award is for the teachers-in-charge and principals of CYC member schools. In some special occasions, it will also be presented to those in society who have outstanding contributions to CYC.

The Gold Medal Award is the highest honour of this scheme to be conferred only by the approval of the CYC President (Principal Assistant Secretary of Education Bureau). All the awardees of the Gold, Silver and Bronze Medal Awards should be first nominated by the CYC Office or the chairpersons of district executive committees by using designated forms, and approved by the Award Panel.

Instructions of Awards of Honours Scheme 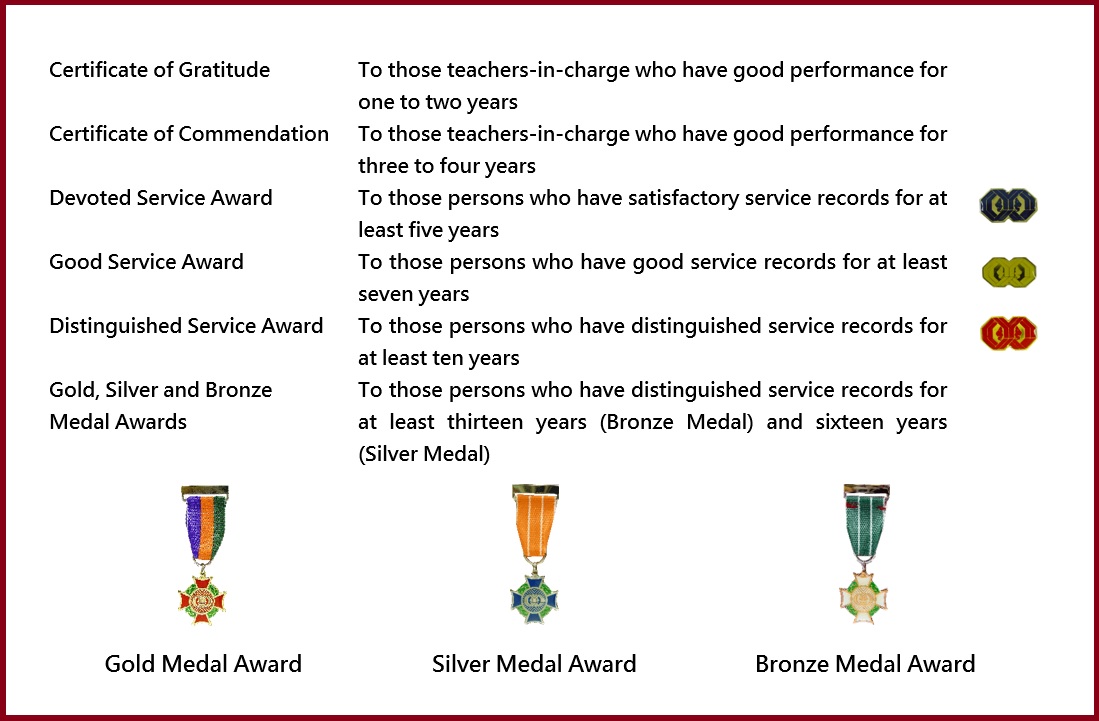